A New Generation of Home Buyers in Malaysia 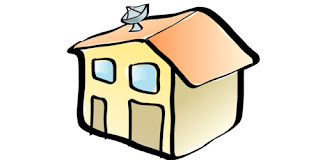 Source:google
For decades, Malaysia has been a popular
destination for tourists and businesses from around the world.
People often come to love the country so much that they decide to
live permanently within it. The state of the country’s
economy has
been a great influence upon the buyers and sellers of
residential properties. Today on the market there are thousands of properties
up for sale. It is the result of economic recessions, of whose recovery has
been at a slow and steady rate. This financial condition has ushered in a whole
new generation of homebuyers. This new generation, or Generation Y as it is
commonly referred to, influences the housing market so much that this
generation is often blamed or praised for most major market moves, as
reported by Forbes. Not just are newly potential homeowners seeking a house for sale, but one that is also affordable and has future
possibilities of a
resale.
Ever-Evolving Properties
The rise of a new generation of homebuyers is due to the mere fact
that expectations for housing units are changing. No longer does the vast
majority of the market desire traditional homes. As the principles of
capitalism define, a market changes to meet the needs and wishes of the
consumer base in question. Today, Generation Y and Millennials are seeking
properties at affordable rates. Not only must these pieces of real estate be
relatively inexpensive, but they must also present flexible options when it
comes to the future. 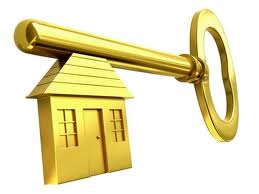 Source:google
House Flipping Like Never Before
Unlike never before houses are bought and then resold a few years
later. On real estate sites like Property Guru, property reselling also can occur
almost immediately, and this is referred to as “house flipping.”
House flippers only make up four percent of the buying market
yet are seeing record housing returns, asreported by the Asean Today. Their total house makeovers
come to reflect the wishes of the new millennial house buyers, and this is why
“flipped” housing units are resold so quickly.
But it is not just real estate adventurers who are reselling their
homes. The average family today is much more flexible in Malaysia when it comes
to settling down. Often a family or individual chooses a residential location
due to personal or work-related reasons. As jobs change and the economy
evolves, so too does the trends of the housing market. Whereas previously a
family might live in one location for their entire lives, nowadays the trend is
to remain in a house for only a few years or a decade at the most. It is irony because most financial advisers once voiced
against the quick reselling of homes. Many of them thought that “house
flipping” would have serious negative consequences. In fact, it has
created a more flexible housing market that matches the current times we live
in now.
The Big Shift in Housing Market
The trends of homebuyers reflect the evolution of statistics in real
estate society today. Delayed marriages and the increasing prices of mortgage
rates have resulted in society creating new priorities as a whole. Similarly,
fewer couples are having children at young ages as was common just a decade
ago. This has resulted in the younger generation not understanding the need for
a larger home if they do not have kids. As a consequence, apartments have
increasingly taken over homes as a popular residential choice for the
Millennials.
The Rise of Smaller Spaces
The result of this vast change in society and the economy has
significantly influenced the housing market. Only ten years ago individuals and
families would buy large houses or even what can be considered estates. Such
residential types require a large amount of mortgage to be paid annually. Since
the worldwide economic recession began a decade ago, homebuyers have been
changing their tastes to match their wallets. Nowadays homes that
present a more compact and affordable living space are much preferred over
their larger mansion type peers. The smaller a house or housing unit is, the
lesser the mortgage must be paid down on it. It presents a great opportunity
for the new generation of homebuyers who are financially aware of their
decisions and stretch working hours to make ends meet. On average, smaller
spaces are often easier to resell and require less upkeep and maintenance costs
as well.
In conclusion, anyone who
searches the housing market today in Malaysia will notice
that conditions are much different from just a few years ago. As our economy
and society changes, so too does the influences and conditions of the housing
sector. This is primarily caused by a new generation of homebuyers who have been
raised on different values. It was once thought that economic schemes could be
the best influences on the housing market. But the truth of the matter shows that the
evolution of a new generation of home buyers has a strong bearing on the real
estate market in Malaysia
due to societal changes.
2016-03-30
Previous Post: Ailin Prowhite Spray untuk Kulit Gebu menawan
Next Post: My Happy Bornday!!